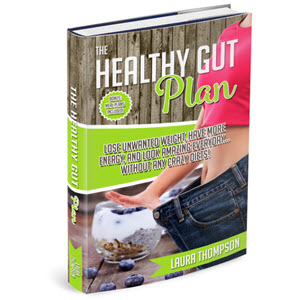 Gronlund et al. (47) found that fecal colonization of infants born by cesarean delivery is delayed and their gut flora may be disturbed for up to six months after the birth. Colonization rates by Bifidobacterium and Lactobacillus spp. reached the rates of vaginally delivered infants at 30 and 10 days, respectively. Infants born by cesarean delivery are less often colonized with bacteria of the B. fragilis group than were vaginally delivered infants: At six months the rates were 36% and 76%, respectively (p = 0.009). The clinical relevance of these changes is, however, unknown.

Bennet and Nord (48) illustrated that there are no major differences in the gut flora of normal full-term newborn infants and preterm infants during intensive or intermediate care. However, caesarean section leads to a lower isolation rate of Bifidobacteria and Bacteroides spp. During antibiotic treatment anaerobic bacteria are isolated only from only 10% of the infants. After treatment, there is a slow regrowth of Bifidobacterium spp., but Bacteroides spp. are not usually reestablished.

Neut et al. (49) found that colonization of the gastrointestinal tract in newborns delivered by cesarean section occurs during the first days of life by environmental bacteria. It is more rapid in breast-fed than in bottle-fed infants. The intestinal flora is more diversified in the formula-fed infants. The first bacteria encountered are facultative anaerobes; they remain predominant during the first two weeks of life. In comparison to vaginal delivery, there are low levels of strict anaerobes after cesarean section; members of the B. fragilis group can be absent after 14 days of life and Bifidobacterium spp. are only isolated sporadically.

Download this Guide and Discover 50 Ways To Treat Acne Using Only Natural Remedies. About Time You Got Rid of Your Acne? Inside this guide, you'll discover: 50 ways to treat acne using natural remedies. The benefits of treating acne using natural remedies. Natural acne remedies to treat acne scarring. The side effects of popular acne medicines and treatments plus much, much more.

Foods to eat if you have Leaky Gut