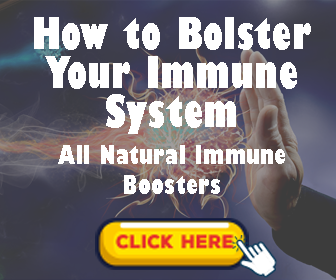 At the time the clonal selection theory was proposed, there were two main lines of evidence suggesting that it had significant problems. The first was the issue of adjuvants. Burnet attributed the action of adjuvants to their ability to provide "the prolonged maintenance of a depot of antigen" or "ensure that antigenic determinants are being made accessible at a more or less steady rate for a prolonged period of time" (Burnet 1959). He did not seem to fully appreciate the synergistic effects of adding bacteria or bacterial products, such as killed mycobacteria, to antigen/emulsion deposits (Freund et al. 1940). He appears to have attributed the ability of immunization with homologous brain extracts to induce anti-brain antibodies solely to a unique characteristic of the brain, rather than to the incorporation of heat-killed Mycobacterium tuberculosis into the inoculum of complete Freund's adjuvant (Kopeloff and Kopeloff 1944; Freund et al. 1947). Confronted with Witebsky et al.'s 1957 report that thyroiditis could be induced in rabbits by immunization with extracts of the rabbits' own thyroids in complete Freund's adjuvant, he assumed that thyroglobulin was also segregated from the immune system in some way (Burnet 1959). We now know that virtually any autologous tissue can be used to raise antibodies by immunization in the presence of killed bacteria; it is not the tissue that is special, it is the adjuvant.

Charles Janeway introduced the published proceedings of the 1989 Cold Spring Harbor Symposium on immune recognition with an article entitled Approaching the Asymptote: Evolution and Revolution in Immunology (Janeway 1989), writing:

Immunologists have tended to use simple, well characterized proteins or hapten-proteins conjugates as their antigens. . . However, in order to obtain readily detectable responses to these antigens, they must be incorporated into a remarkable mixture termed complete Freund's adjuvant, heavily laced with killed Mycobacterium tuberculosis organisms or precipitated in alum and mixed with dead Bordetella pertussis organisms. I call this the immunologist's dirty little secret.

The article raised the possibility that a major aspect of the immune system was being relatively overlooked (Janeway 1989):

I believe that immunological recognition extends beyond antigen binding by the clonally distributed receptors... The Land-steinerian fallacy is the idea that the immune system has evolved to recognise equally all non-self substances... I contend that [it] has evolved specifically to recognise and respond to infectious organisms, and that this involves recognition not only of specific antigenic determinants, but also of certain characteristics or patterns common on infectious organisms but absent from the host.

He later paraphrased this point as follows (Janeway 1998, my underlining):

The implication of this article can best be summed up by the statement that the immune system does not just discriminate self from non-self, as Jerne, Talmage, Burnet, and many others believed, but rather that it could discriminate infectious non-selffrom non-infectious self.

The second significant challenge to the clonal selection theory was related to the first and was recognized by Burnet (1959) himself:

The most soundly based objections to a clonal selection theory of immunity will probably be derived from two sets of facts: (1) It has proved almost impossible to produce tolerance against bacterial antigens, (2) Yet bacteria and bacterial products are highly potent antigens.. .

He commented that most experiments in which a failure to induce tolerance occurred had used gram-negative bacteria, and that the responses produced to such attempts at tolerance induction were similar to those induced by injecting the lipopolysaccharide (LPS) of gram-negative bacteria. LPS is a mitogen capable of activating and initiating the proliferation of most B lymphocytes but, in low concentrations, provides an adjuvant activity that can stimulate immune responses to antigens presented in otherwise non-immunogenic forms - for example, haptens conjugated to an autologous carrier (Schmidtke and Dixon 1972).

Three seemingly independent approaches were required to determine the mechanism of action of LPS. In the first, an LPS-binding protein (LPB) was purified from acute-phase reaction serum by rapid chilling and dialysis against a low ionic strength buffer at 4 °C; partial sequence was obtained (Tobias et al. 1986). LPB was subsequently found to be necessary to mediate the binding of LPS to a cell-surface receptor on macrophages (Wright et al. 1989) and this receptor was finally identified, by capping with monoclonal antibodies in vitro, to be CD14 (Wright et al. 1990). This method allowed a number of non-blocking anti-CD14 monoclonal antibodies to be screened. One such antibody was used to isolate CD14 from detergent lysates of macrophages and to demonstrate LPS binding to the purified molecule (Wright et al. 1990). Thus, LBP opsonizes LPS-bearing particles, such as gram-negative bacteria, and mediates their attachment via CD14 to macrophages and B cells. CD14 had been cloned and sequenced two years earlier and was found to be anchored to the cell membrane by a phos-phatidylinositol linkage (Goyert et al. 1988; Haziot et al. 1988); therefore, an unidentified co-receptor was postulated to be responsible for signal transduction following LPS binding.

The second approach stemmed from the observation that the C3H/HeJ and C57BL/10ScCr mouse strains were unresponsive to LPS - in terms of both its mitogenic and adjuvant actions (Sultzer 1968; Watson and Riblet 1974; Coutin-ho et al. 1977). Linkage analyses in a backcross from C3H/HeJ to the CWB strain were consistent with the unresponsive state being encoded by a single dominant gene (Watson and Riblet 1974) that was subsequently mapped to mouse chromosome 4 in recombinant inbred strains (Watson et al. 1977) and a backcross to C57BL/6 mice (Watson et al. 1978).

The third approach was based on comparative genomics. Inspired by the observed sequence homology between the cytoplasmic domain of the Drosophila melanogaster Toll/Dorsal protein and that of the human IL-1 receptor (Gay and Keith 1991), Lemaitre and coworkers (1996) sought and found a major role for Toll in Drosophila immune defenses. This observation led Medzhitov et al. (1997) to perform an expressed sequence tag database search for other human sequences sharing sequence similarities to Toll. A clone was identified and se-quenced and a fragment PCR was amplified for use as a probe to screen a human splenic cDNA library. A sequence that encoded a protein with significant homology throughout its entire length to Drosophila Toll was identified. Expression of a chimeric recombinant molecule with the human Toll cytoplasmic region and mouse CD4 external domains demonstrated that human Toll, like Dro-sophila Toll and mouse IL-1R, signaled through the NF-kB pathway (Medzhitov et al. 1997). Using similar methods, a family of Toll-like receptors (TLR) was independently identified and published, resulting in the homologue identified by Medzhitov et al. (1997) being named TLR4 (Rock et al. 1998).

These three independent strands of work were brought together by the positional cloning of the gene responsible for the defective LPS response in C3H/ HeJ mice: TLR4. The sequencing of TLR4 in the C3H/HeJ and C57BL/10ScCr mouse strains led to the extraordinary discovery that C57BL/10ScCr mice carry a null mutation and the C3H/HeJ allele contains a missense mutation in the third exon, producing a dominant negative effect on LPS-mediated immune activation (Poltorak et al. 1998). As TLR4 was already known to be capable of mediating proinflammatory signals, it became clear that it was the missing co-receptor responsible for LPS/LBP/CD14 signal transduction. Furthermore, TLR2, another member of the homologous family, was subsequently found to mediate the similar rapid immune activation induced by gram-positive bacteria (Yoshimura et al. 1999), including Mycobacterium tuberculosis (Means et al. 1999). Therefore, a common mechanism was responsible for both of the major problems identified with Burnets clonal selection theory as it applied to self/ non-self discrimination: the immune system handled products associated with pathogens differently. Specific receptors had evolved to recognize specific molecular patterns associated with bacterial, viral, and fungal structural elements, and these receptors, when triggered, were responsible for powerfully activating antigen-presenting cells, such as macrophages and B cells, providing a significant co-stimulus for anti-pathogen responses. This was the basis for the activity of adjuvants.