Rash. An erythematous, maculopapular skin eruption frequently occurs within two weeks of initiating therapy with indinavir. The rash usually begins in a localized area and then spreads to other regions of the body, often with associated pruritus. Most patients are able to continue therapy despite this skin eruption.

Coadministration with acyclovir. Concomitant acy-clovir nearly doubles the risk of indinavir-associated renal complications. In one study, events occurred in nearly 26% of the cases, many of which could have been avoided. Careful monitoring should be done if acyclovir is prescribed with indinavir (265).

Coadministration with other drugs. Many drugs either increase or decrease the amount of indinavir in the body and care must be taken to adjust dosages. Physicians should consult the available literature when prescribing PIs. Cannabinoids do not have any effect on antiretroviral efficacy (266).

FDA-approved in March 1997, nelfinavir (NFV) is a powerful and well-tolerated drug which is indicated in initial combination regimens for HIV therapy. The actual effect and mechanism of action for nelfinavir on the clinical progression of HIV infection have not been determined. The structure and brand names are given in Fig. 2.17. NFV causes potent and durable suppression of viral replication (like indinavir and ritonavir) when used in combination with two nucleoside analogues (267). If salvage antiretroviral treatment (when insufficient drug potency occurs, resistance develops, pharmacological issues arise, or poor adherence to other therapies occurs) is needed, a possible replacement for indinavir and ritonavir is nelfinavir combined with two nucleoside analogs (268). Nelfinavir is either a tablet or a powder to be taken orally, usually three times a day with a meal or a light snack. The powder can be added to a variety of liquids, including water, milk, formula, soy milk, or dietary supplements. All of the liquid must be consumed to obtain the maximum effect of the drug. Children can be given the oral powder with physicians determining the dosage for children under 2 years of age. Children 2-13 years of age are given doses of 20-30 mg/kg of body

When compared with other PIs, nelfinavir has a more favorable side effect profile (138). The majority of its adverse effects are of mild intensity.

Diarrhea. Diarrhea is the most common side effect, occurring in 13 to 20% of treated patients (138). This may be controlled symptomatically with the use of pancreli-pase enzyme preparations.

Upset stomach, gas, or stomach pain. These are usually mild symptoms, but patients may complain of severe symptoms or symptoms that do not go away.

Levels of blood sugar. As with the other PIs, new-onset diabetes mellitus, hyperglycemia, and hyper-triglyceridemia have been reported. Patients should be aware that more frequent urination, increased thirst, weakness, dizziness, and headaches may be a sign of developing diabetes. Nelfinavir may induce insulin resistance and activate basal lipolysis to contribute to the development of diabetes (271). Even with all the negative reports of nelfinavir usage on blood sugar levels, nelfinavir or nelfinavir/saquinavir combination therapy can used to replace ritonavir with the likelihood that lipid markers will improve over time. Cholesterol levels do not improve significantly and high-density li-poprotein (HDL) cholesterol may rise, but the most significant results are seen in the lowering of triglyceride levels (272).

Lipodystrophy syndrome and gynecomastia. Changes in body fat are caused by a spectrum of clinical and metabolic abnormalities. These changes may also be responsible for gynecomastia and female breast hypertrophy. These two emerging effects of antiretroviral therapy may cause less adherence to drug therapy due to cosmetic and psychological problems in patients (273). Bone marrow fat decreases with nelfinavir usage during antiretroviral therapy (274).

Hyperlipidemia. In children treated with protease inhibitors, hyperlipidemia has not been shown to increase the risk for development of cardiovascular disease (275).

Although delta-9-tetrahydrocannabinol (THC) is administered orally as dronabinol to treat anorexia in AIDS patients, many patients elect to smoke marijuana for easier titration and, perhaps, better effect. Most patients use a cannabinoid to stimulate appetite and manage other antiretroviral side effects. Neither dronabinol nor marijuana is likely to impact PI antiretroviral efficacy (266).

antiretroviral agents. The chemical structure, brand names, and approved uses are shown in Fig. 2.18. Interestingly, amprenavir has been shown to lower virus levels in semen as well as in plasma. In addition, treatment in combination with two nucle-oside analogues reduced viral loads to less than 400 copies/ml in 15 of 37 treated pediatric patients in phase III clinical trials. Researchers at the University of Texas Southwest Medical Center have found that HIV-infected patients taking PIs spend fewer days in the hospital and have lower overall health care costs, despite the high cost of PI treatment (278). Amprenavir has a long half-life which permits twice-daily dosing. It can be taken with or without food and does not require a liquid carrier. Amprenavir should be taken one hour before or one hour after taking antacids or didanosine. For adults, the dosage is 1200 mg twice daily. For patients who weigh less than 50 kg, the dosage is prescribed at 20 mg/kg twice daily for solid formulation or 1.5 ml/kg twice daily for the liquid formulation. The simplicity of dosage may be helpful in increasing patient compliance in taking the antiretroviral regimen. Pre-clinical and clinical data indicate that amprenavir is unlikely to cause metabolic disturbances such as lipid and glucose abnormalities and fat redistribution. In addition, there is a distinct resistance profile that permits both naïve and experienced PI users to take amprenavir (279).

Grade four toxicity levels occurred for elevated serum creatine phosphokinase levels in 2.8% of patients; elevated triglycerides in 2.4% of patients; and neutropenia in 2.2% of patients. These are low numbers when compared with other antiretrovirals, and amprenavir is considered to have an acceptable safety profile and is generally well-tolerated with other antiretrovi-ral regimens (279). Patients should not drink alcoholic beverages when taking oral amprenavir.

The other chief side effects of amprenavir are usually mild to moderate in intensity and include:

Perioral paresthesias. Some patients experience a tingling sensation around the mouth. 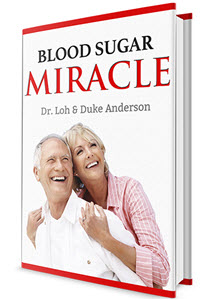