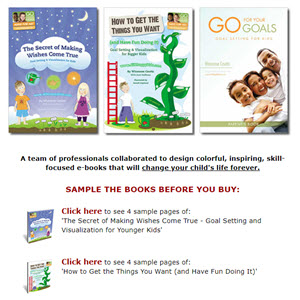 Apoptosis occurs via caspase-dependent as well as caspase-independent mechanisms (Fig. 1.3). Caspas-es are protein-cleaving enzymes (zymogens) that belong to a family of cysteine aspartases constitutively expressed in both adult and especially newborn brain cells, particularly neurons. Since caspase-dependent cell death requires energy in the form of ATP, apopto-sis predominantly occurs in the ischemic penumbra (which sustains milder injury) rather than in the ischemic core, where ATP levels are rapidly depleted [31]. The mechanisms of cleavage and activation of caspases in human brain are believed to be similar to those documented in experimental models of stroke, trauma, and neurodegeneration [32].Apopto-genic triggers [33] include oxygen free radicals [34], Bcl2, death receptor ligation [35], DNA damage, and possibly lysosomal protease activation [36]. Several mediators facilitate cross communication between

Caspase-independent apoptosis was recently recognized to play an important role in cell death and probably deserves careful scrutiny as a novel therapeutic target for stroke. NMDA receptor perturbations activate PARP-1, which promotes apoptosis-in-ducing factor (AIF) release from the mitochondria [42]. AIF then relocates to the nucleus, binds DNA, promotes chromatin condensation, and kills cells by a complex series of events. Cell death by AIF appears resistant to treatment with pan-caspase inhibitors but can be suppressed by neutralizing AIF before its nuclear translocation.

A number of experimental studies have shown that caspase inhibition reduces ischemic injury [50].

Caspase-3 inhibitors [51], gene deletions of Bid or caspase-3 [52],and the use of peptide inhibitors,viral vector-mediated gene transfer, and antisense oligonucleotides that suppress the expression and activity of apoptosis genes have all been found to be neuro-protective [50]. However, caspase inhibitors do not reduce infarct size in all brain ischemia models, perhaps related to the greater severity of ischemia, limited potency or inability of the agent to cross the blood-brain barrier, relatively minor impact of apoptosis on stroke outcome, and upregulation of caspase-independent or redundant cell death pathways. Ultimately, it may be necessary to combine caspase inhibitors and other inhibitors of apoptosis with therapies directed towards other pathways, for successful neuroprotection.

Single Parenting Becoming the Best Parent For Your Child

Parenting is a challenging task. As a single parent, how can you juggle work, parenting, and possibly college studies single handedly and still manage to be an ideal parent for your child? Read the 65-page eBook Single Parenting Becoming The Best Parent For Your Child to find out how. Loaded with tips, it can inspire, empower, and instruct you to successfully face the challenges of parenthood.