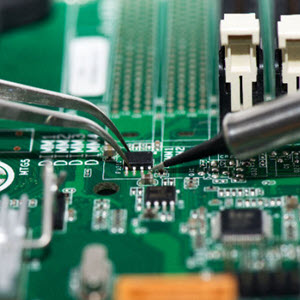 The prostate is dependent on testicular-derived testosterone; despite the presence of the 3p-hydroxysteroid dehydrogenase-a5-a4 isomerase complex,160 the prostate has not been reported to synthesize testosterone de novo. It can reversibly metabolize testosterone to androstenedione (17P-hydroxysteroid dehydrogenase161) and, possibly irreversibly, to estrogens (see below). The prostate's primary metabolite of testosterone is dihydrotestosterone (DHT), an irreversible reaction catalyzed by 5 a-reductase.162 This is a more potent ligand for the androgen receptor than is testosterone, as it binds the receptor with greater affinity, enhances translocation from the cytoplasm to the nucleus, and is more effective in activating many androgen-response elements.163,164 Following 5 a-reduction, DHT and androstanedione are further metabolized by 3a/p -hydroxysteroid dehydrogenase to 5 a-androstane-3a/p-17P-diol and androsterone.165,166 The reader is referred to the work of Amann and colleagues167 for a review of nomenclature and metabolic pathways for androgens in the male.

Two forms of 5 a-reductase have been cloned in humans and rats.162 Type I isozyme is active over a broad pH range on either side of neutral, while type II isozyme is active over a very narrow pH, centering at 4.5.162 The rat prostate expresses both isozymes, with type I being expressed by basal epithelial cells and type II predominating in the stroma of the regenerating ventral prostate.168,169 In the human prostate, type II isozyme predominates,162 however type I expression and activity have recently been reported.170,171 Immunohistochem-istry and in situ hybridization have detected both isozymes in basal, epithelial, and stromal cells, with lesser amounts being detected in the luminal epithelial cells.3,170-173 Interestingly, type I isozyme appears to be preferentially localized to the nucleus, while type II isozyme is localized to the cytoplasm.170 In culture, freshly isolated epithelial cells express type II isozyme. As the time in culture increases, however, type II activity decreases and type I activity becomes predominant.174

The androgen receptor is a member of the steroid/ thyroid hormone superfamily of nuclear receptors.163,164,175 The androgen receptor is 110 to 112 kDa (910 to 919 amino acids) and can be divided grossly into the N-terminus (amino acids 1 to 559), the DNA-binding region (amino acids 559 to 625), the hinge region (amino acids 625 to 671), and the ligand-binding region (amino acids 671 to 919) (Figure 14-5).163 164,175 The N-terminus contains a transactivation domain and three homopolymeric regions: Gln, Pro, and Gly.163 The Gln (CAG) polymorphism is of particular interest due to its role in X-linked spinal and bulbar muscular atrophy (Kennedy's disease).176 Normal individuals have 17 to 29 CAG repeats, but affected males have > 40 repeats.176 Receptors with high numbers of repeats have decreased ligand binding and transcriptional activation.176 Investigations are ongoing to determine if variations in the length of N-terminus repeats the length CAG polymorphisms and are associated with increased risk for

PCa177,178 or fertility.179 The DNA-binding region contains domains involved with dimerization and nuclear localization, two zinc fingers, and the dimerization domain, which continues into the hinge region.163,164 The ligand-binding region contains two hydrophobic pockets for the ligand, nuclear localization, dimerization, and transactivation region, and the Hsp90 protein-binding site.163,164 The qualitative affinity of androgens for the androgen receptor follow the sequence DHT to testosterone to androstenedione to 5 a-androstane-3a/f5-17p-diol androsterone.163,164 Following ligand binding, the androgen receptor undergoes conformational changes resulting in the dissociation of the heat shock/chaperone proteins and homodimerization, nuclear translocation, and eventual association with the androgen-response element on the DNA and the appropriate transcriptional regulatory cofactors.163,164,175 In rats and humans, the androgen receptor is localized primarily in the luminal epithelium, with heterogeneous expression in the prostatic stroma and little or none in the basal epithelial cells.180-182 In addition to the classic steroid-receptor mechanism described above, the androgen receptor is able to interact with several other regulatory pathways (see Figure 14-5). Although receptor phosphorylation is classically thought of as being part of the signaling pathway of membrane-bound receptors (e.g., the epidermal growth factor receptor [EGFR] family,183 IGFR,184 and TGFR),185 it is now known that steroid receptor activity is also regulated by phosphorylation.175 Androgen receptors are phosphory-lated predominately on Ser residues, at least three of which

Physiologically, DHT, rather than testosterone, is responsible for virilization of the urogenital sinus and external genitalia.162 Treatment of pregnant rats with 5 a-reductase inhibitors during differentiation of the reproductive tract inhibits prostate development, an effect that can be reversed by simultaneous treatment with DHT.193 In the human fetus, the type II isozyme is critical for differentiation of the male reproductive tract, as evidenced by the incomplete masculinization of infants and children with a type II 5 a-reductase deficiency.162 Individuals with a type I isozyme deficiency have not yet been detected.162 Underscoring the importance of DHT's role in the prostate is the use of 5 a-reductase inhibitors (e.g., finasteride) in the treatment of BPH, resulting in a gradual decrease in prostate size and serum PSA levels.162 Chronic finasteride use in rats also reduces prostatic size and DNA content and increases apoptosis, however these changes are neither as rapid nor as dramatic as those observed with castration.194 In contrast to the obvious superiority of DHT compared to testosterone in the development and maintenance of adult prostate morphology are the very modest differences in expression of messenger ribonucleic acid (mRNA)/protein in the prostates of rats treated with testosterone versus DHT or castration versus finasteride.195,196

Expression of most of the secretory products mentioned above and the growth factors listed below is regulated by androgens and is summarized in Table 14-1. In addition to upregulation, androgens frequently act as negative regulators of protein expression. Negative regulation falls into two categories: (1) an immediate and transient increase (hours to days) following castration, as exemplified by testoster-rone-repressed prostate message (TRPM)-2 and TGF-P,197,198 which likely play a direct role in the regression process; and (2) a more gradual and sustained increase (weeks) in expression, exemplified by C-cell adhesion molecule (C-CAM) and cytokeratin 8.197,199 Additionally, androgen regulation of gene expression is to a degree organ-dependent, as has been shown for S-adenosyl-methionine200 and EGFR;201,202 these are clearly regulated by androgens in the prostate but are not necessarily regulated by androgens in the peripheral androgen-responsive tissues. Sensitivity to androgens also varies with the lobe of the prostate studied;197,203,204 presumably, this would also hold true for the different zones of the human prostate.

The ability of estrogens to induce prostatic dysplasia in rats205 and hyperplasia in dogs and cynomolgus mon-keys206,207 has spurred the investigation of their role in prostatic physiology and disease in humans. As exogenous estrogens inhibit testosterone secretion via negative feedback at the hypothalamus-pituitary, most in vivo models include treatment with exogenous androgens. Estrogens have been reported to stimulate 3-hydro-thymidine incor-poration208 and the expression of desmin in cultures of human prostatic stromal cells.209 Further, aromatase inhibitors have been reported to inhibit hyperplastic changes in animal models and patients with BPH.210,211

In the human prostate, estrogen receptors are confined to the stromal elements (periacinar fibroblasts, myoblasts, smooth muscle cells).222,223 Per unit stroma, estrogen receptors are highest in the zone of the prostate that is susceptible to BPH, the transition zone.224 The precedent for steroid hormones to affect epithelial function and development via paracrine factors secreted by the stroma has been well established,14,225 but such a pathway has not yet been studied for estrogens in the prostate. Estrogen receptors can be detected in the rat prostate by immunohistochemical methods during the prenatal period and puberty but not in the adult (45 days).226 Both the a and P forms of the estradiol receptor in the adult rat prostate are detected by reverse transcriptase-polymerase chain reaction (RT-PCR) and in situ hybridization.227-229 The P estradiol receptor is the major estrogen receptor expressed in the rat prostate, with approximately equal expression being detected in the ventral, dorsal, and lateral lobes of the adult prostate.227-229 While labeling in the stroma is predominant in the prenatal animal, in the pubertal and adult rat, it is most intense over the epithelial compartment.229 Expression of the a-estrogen receptor is much lower than that of the P form, being highest in the lateral lobe and lowest in the ventral lobe.228 The physiologic significance of these two receptor isotypes is not known, and although they differ in their ability to bind to certain androgens