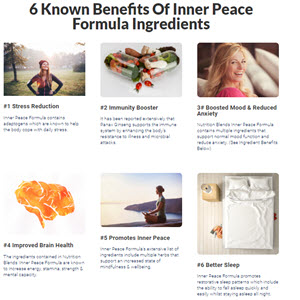 Alkaloidal plants used as food are small in number. The reason for this is the bioactivity and traditional use of alkaloids in medicines and drugs. Moreover, food is checked and controlled with the purposes of keeping alkaloid-contaminated food off the market. However, cases where pyrrolizidine alkaloids were found in the honey produced by bees that had foraged on the flowers of Echium and Senecio species are documented475'495'591. In these relatively old studies, bees had been feeding only on the pollen of one species, which is not typical of bee behaviour or natural honey production. More recent studies have reported that many alkaloids have been detected in the pollen of many species592'593. However, it is known that nectar and pollen contain considerably lower levels of alkaloids in comparison to other plant parts592. Therefore, the acute toxicity to the bees and the accumulation of alkaloids in honey should be not high, if not miniscule in natural environmental conditions. Moreover, a recent study by Wackers595 criticizes studies on unsuitable nectars for insects that are based only on laboratory results, as they do not necessarily translate to ecosystems and natural environments. According to literature, alkaloids have also been detected in other animals and animal products. Pyrrolizidine alkaloids were found in the livers and kidneys of domesticated animals, as well as in milk and eggs493'596 597 598. Food contaminated by alkaloids is generally considered to be a health risk599.

However, some alkaloids are used as additional components of food. The most well known is the use of the quinine as a bitter in tonic water according to an established procedure. Theophylline is an important component of black tea. Caffeine is a well-known component of coffee. Theobromine is found in cacao plants but not in the final products based on cacao seeds, such as cacao drinks or chocolate. Theobromine is removed during fermentation and processing. Processing is very important for the production of the final alkaloid product consumed. In the case of coffee, a high-quality product is possible only from the ripened berries600'601. There are two methods of processing coffee. The first one is the so-called "dry method", used especially in Brazil and in tropical Africa. It is based on the simple drying of berries in the sun. In humid areas this method cannot be used, as sun-drying can prove difficult. In these places, the so-called "wet process" is preferred. Berries are first crushed to a pulp in this method. Seed flesh and skin are then separated. At this stage, a mucilaginous remnant from the fruit flesh is stuck to the skin. It can be removed via fermentation or by treatment with pectinase, an alkali, or mechanically. The coffee is washed, dried, hulled and polished. Next, the coffee is sorted according to size and colour. The green coffee can be stored for a long time. It contains caffeine as the main alkaloid. Raw coffee has no aroma. It is developed only during the roasting process. Roasting is done just before the coffee is ready for the market. Roasting occurs at temperatures around 200 °-250 °C. Instant coffee is produced from roasted coffee. Roasted coffee is grounded and extracted with water. After that it is powdered and dried. The drying process is crucial when considering the quality of instant coffee. Lower quality is achieved in the spray-drying procedure, and freeze drying produces the highest quality600'601,602,603,604. Coffee quality depends on caffeine percentage, aroma and taste. Decaffeinated coffee and coffee surrogates are available on the market. One of these surrogates is roasted lupin beans containing nearly 200 micrograms of quinolizidine alkaloids per gram605.

Taste and caffeine content together with the catechins are also important quality parameters for tea. Moreover, a tea's quality also depends on the chosen processing method. One such method is based on fresh leaves (water content of 75-80% and drying up to 58-64%). After rolling in heavy machines, the cell structure is destroyed. Polyphenoloxidases, enzymes from the plant, come into contact with catechins. Next, fermentation takes place in temperatures kept below 25 °C. Here, the leaves change to a copper colour, which means that the catechins transform to theaflavin and thearubigin. These compounds are in the complex with caffeine and protein601,606,607. In the case of the so-called "green tea" produced in Asia, the phenoloxidases in the fresh leaves are first inactivated by steaming or in heating pans. This means that composition of the catechins has not changed. The rolling that takes place after inactivation is done as in the case of normal black tea. The colour of the tea is first olive green, but subtly turns to a golden colour. Green tea is more refreshing because there is more free caffeine, and is considered to be healthier because of the effect of catechins. There are also other different teas such as red or yellow teas from China. Different colours are indicative of when fermentation ended. In earlier times, pure caffeine was extracted from coffee and tea. Caffeine was a product that could be used as a food additive. Nowadays, both caffeine and theophylline are chemically synthesized608. They are used as additives to a large list of different products. Moreover, according to recent research data, consumption of green tea and coffee was linked to a decreased risk of type 2 diabetes in Japanese adults609.

Theobromine is an alkaloid found in the raw material of the cacao. The processing of this product involves many steps beginning with the cutting open of harvested cacao fruits. The beans are then fermented in boxes together with the white, mucilaginous pulp. The rapid development of yeasts, acetic acid and lactic acid bacteria ensues. The temperature in this stage may reach 45 °C. During fermentation the alcohol received is oxidized to acetic acid, which kills the embryos of the seeds. Phenoloxidases oxidizes catechins and other phenolic compounds. As a result of this, the brown chocolate colour appears. During the drying, the aroma and the bitter taste of cacao develop. Theobromine is extracted and cacao is then edible. In the case of chocolate production, cacao seeds are roasted at temperatures of 90 °-140 °C for 10-45 minutes. Cacao butter is extracted and used directly in chocolate production. Theobromine is also extracted in this stage.

Alkaloids are well known in food spices and herbs. The black, white, green (Piper nigrum L.) and long pepper (Piper longum L.) containing piperine are widely used in food. Other alkaloid plants used in food are Capsicum peppers such as chilli or red pepper (Capsicum annuum L.), Peruvian pepper (Capsicum baccatum L.), ají pepper (Capsicum Chinese Jacq.), bird pepper or tabasco (Capsicum frutescens L) and rocoto pepper (Capsicum pubescens Ruiz et Pav.). According to recent studies, piperine is non-toxic and has a great deal of physiological activity. It has been recently documented that piperine interacts with a mammalian protein. This alkaloid is efficiently taken by calyx of bovine beta-lactoglobulin, which is the major whey protein in milk. Moreover, the piperine molecule can be also detected in the beta-barrel of human tear lipocali, human serum retinol-binding protein and human neutrophil gelatinase-associated lipocalin610. Capsaicin, from Capsicum ssp., has similar effects. Some products containing ephedrine alkaloids are well-known dietary supplements. These alkaloids, namely epinephrine and norepinephrine, naturally occur in low concentrations in the human body. They have sympathominetic effects and cause weight loss and enhanced athletic performance. The products are generally botanicals but ephedrine alkaloids may also be synthesized. There are risks connected with the use of these as supplements. Determining a risk-free dosage is currently a topic of discussion611. Dietary supplements containing ephedrine alkaloids are on the market612 613.

Do You Suffer From ASTHMA Chronic asthma is a paralyzing, suffocating and socially isolating condition that can cause anxiety that can trigger even more attacks. Before you know it you are caught in a vicious cycle Put an end to the dependence on inhalers, buying expensive prescription drugs and avoidance of allergenic situations and animals. Get control of your life again and Deal With Asthma Naturally 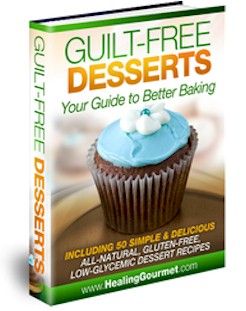 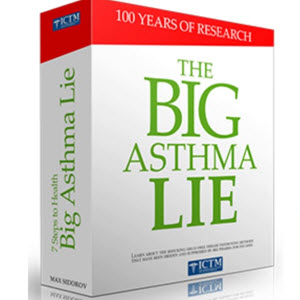