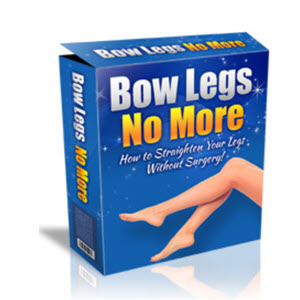 ► [Increased distance between the knees with the legs fully extended, bowleg]

Fig. 5.29. Blount disease in a 6-year-old black girl. Note sharp inferior bending of the medial portion of the tibial metaph-ysis, sloping of the tibial epiphysis, and irregular calcification on the medial tibial margin (stage III according to the Catonné classification)

tion. Physiological genu varum changes to valgus at 18-36 months of age and subsequently resolves spontaneously by the age of 6-7 years (Silverman 1990; Hansson and Zayer 1975). When the varus deformity persists beyond this age the increased vertical stress applied along the medial compartment of the knee can lead to impaction and beaking of the tibial metaphysis, resulting in progressive tibial growth impairment (Swischuk and John 1995). Blount disease (idiopathic or infantile tibia vara, OMIM 259200), the most common focal disorder producing progressive varus deformity of the knee in young children (Blount 1937), is regarded as the irreversible stage of physiological genu varum (Brooks and Gross 1995). However, there is no consensus about whether Blount disease is caused by an intrinsic disturbance in endochondral ossification or by increased mechanical compression applied to the medial portion of the tibial growth plate. Blount disease is found predominantly in obese children with an early onset of walking (Do 2001). Additional predisposing factors include intense physical activity and rapid growth (Wenger et al. 1984). The occurrence of Blount disease in a father and osteochondritis dissecans of the knees in his two sons suggests a pathogenetic link between the two (Tobin 1957). Blount disease is usually bilateral, but not symmetrical. Mild cases revert to normal by the age of 3-4 years, while severe cases may require tibial osteotomy. Effective treatment can prevent permanent intra-articular incongruity (Johnston 1990). Tibia vara can also occur later in life (Blount disease, adolescent type) in adolescents, who are often overweight (Thompson and Carter 1990). This less common type of tibia vara is more common in blacks than whites and in males than females,is usually unilateral, and has been related to a segmental defect of the growth plate function, i.e., partial or complete closure of the medial portion of the tibial physis by bone bridges (Fig. 5.29). Widening of the lateral segment of the epiphyseal growth plate may coexist (Currarino and Kirks 1977). Knee pain is the primary presenting clinical symptom. In male patients who undergo surgical correction the rate of recurrence approaches 50% (Arai et al. 2001; Thompson et al. 1984).

Genu varum can be found in association with a number of additional disease processes, either focal or systemic. Focal factors include bone infections, traumatic physeal injuries, and benign neoplasms. Asymmetrical loss of the articular cartilage of the knee, with involvement of the medial compartment and relative preservation of the lateral compartment, can also result in unilateral or bilateral genu varum (Garcia-Gonzales and Resnick 1992). Severe osteoarthritis and calcium pyrophosphate dihydrate crystal deposition disease (OMIM 118600) are striking examples. Genu varum may also accompany metabolic disorders, such as vitamin D-resistant rickets, renal osteodystrophy, and hypophosphatasia, and skeletal dysplasias, such as campomelic dysplasia, achon-droplasia, and metaphyseal chondrodysplasia. In some of these disorders the joint deformity is caused by the inherent bone defect. In others, the primary defect responsible for the altered biomechanics about the knee and, in turn, for the development of genu varum is a genetically determined collagen or matrix protein abnormality of the articular cartilage or the deposition of pathologic products (mucopoly-saccharides in mucopolysaccharidoses, polymerized homogentisic acid in alkaptonuria) in the cartilage. In still other situations the joint deformation is mediated by the development of premature osteoarthri-tis (Balint and Szebenyi 2000). There are several potential locations within the lower extremity for the disease process that causes genu varum. The proximal tibia is the one most commonly implicated. Lateral bowing of the distal segment of the femur occasionally plays a part. The association of genu varum with various proximal femoral physeal conditions, including slipped capital femoral epiphysis, has long been recognized (Lovejoy and Lovell 1970). There are factors in the joints, and probably in the ligaments, that are responsible for some of the bowing. Epiphy-seal deformities, regardless of their origin, are frequently the 'prime movers' in genu varum. Depending on whether epiphyseal diminution occurs in the medial or in the lateral portion of the epiphysis, genu varum or genu valgum, respectively, will result.

Can you fix genu varum without surgery