MEN type I is a genetically transmitted syndrome and is characterized by endocrinopathies of the parathyroid glands, the anterior pituitary, and the endocrine pancreas. Recently, the gene (MENI) has been mapped to chromosome 11.39 Insulinomas associated with MEN type I syndrome in many respects differ from insulinomas in patients with sporadic hyperinsulinism. About three-fourths of MEN type I patients with insulinomas have multiple tumors. Malignant insulinomas appear to be somewhat more common in these patients. As mentioned, we recommend a subtotal pancreatic resection with enucleation of tumors from the head of the pancreas (guided by the IOUS for a successful removal) in MEN type I patients.33,37 Good judgment and experience must be used to avoid recurrence or a failed operation on the one hand and yet prevent endocrine and exocrine pancreatic insufficiency on the other.

Hyperinsulinemic Hypoglycemia in Infants and Children

The term nesidioblastosis was first originated by Laidlaw from the Greek nesidion meaning "islet."40 Vance and colleagues were the first to use this word in its current meaning.41 This condition is extremely rare in adults, with only a little over 20 cases reported in the literature. In children, nesidioblastosis is more common and can occur either sporadically or in association with MEN type I syndrome. The pathologic appearance of nesidioblastosis is unusual. Ribbons or sheets of islet cells parallel the pancreatic ducts, and discrete islets are usually not seen. The lesions are thought to represent the proliferation of the islet cell-like clusters, including ductulonodular complexes and hypertrophied insulin cells with giant nuclei. The nesidioblastosis can be focal or diffuse.

Infants and children with organic hyperinsulinism may also have diffuse islet cell hyperplasia (see Figure 13-8 for a hyperplasia histology slide). In these patients, virtually every islet has abnormal beta cells, which can often demonstrate bizarre nuclear shapes and sizes.

Despite the active debate in the medical community about the best method or combination of methods for treating infants with hyperinsulinism, there is no general agreement regarding the best management. Many authorities favor near-total (95%) pancreatec-tomy as a procedure of choice when treating infants with persistent hypoglycemia.42 Unfortunately, even after 95% pancreatectomy, about one-third of the infants remain hypoglycemic, although they may be easier to manage. In addition, over 70% develop diabetes mellitus before adulthood, some immediately postresection, and others usually at adolescence.43,44

Among the proponents of the surgical cure, some authors recommend a 95% pancreatectomy,42 whereas others recommend resecting about 75% of the pancreas to reduce the occurrence of diabetes mellitus postoperatively as well as when the patient reaches adulthood.43,44 We favor a selective surgical approach

depending on the histologic diagnosis at the time of surgery. If nesidioblastosis is focal by frozen-section examination, a 75% pancreatectomy with enucleation of any tumors from the head of the pancreas is recommended. When there is beta cell hyperplasia or a diffuse variant of nesidioblastosis, we and other authors recommend a 95% pancreatectomy despite the higher risk of developing diabetes mellitus later in life.45 This approach is more aggressive because, according to some authors, diffuse nesidioblastosis is associated with decreased surgery success rates.46 Thus, in a study by Gauderer and colleagues, among the 12 patients in their study with diffuse nesidioblastosis, 11 patients had a failed 80% primary pancreatectomy and 1 had a failed 90% pancreatectomy.46 If the frozen section reveals islet cell adenoma with no evidence of hyperplasia or nesidioblastosis, we recommend enu-cleation with careful inspection for additional tumors. Islet cell cryopreservation may be useful to decrease the long-term risk of diabetes mellitus. 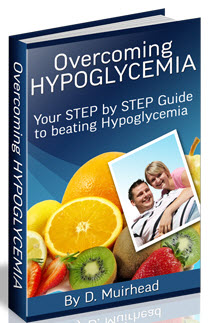 How to Cure Diabetes and Get Off Insulin, Controlling diabetes mellitus the natural way, Diabetes and the hypoglycemic syndrome