Acute stroke is now a treatable condition that deserves urgent specialist attention. Drug treatment and specialist care both influence survival and recovery. This article considers the optimal approaches to diagnosis and early management.

Stroke, a sudden neurological deficit of presumed vascular origin, is a clinical syndrome rather than a single disease. It is a common and devastating condition that causes death in one third of patients at six months and leaves another third permanently dependent on the help of others. Each year in the United Kingdom there are 110 000 first strokes and 30 000 recurrent strokes; 10 000 strokes occur in people younger than 65 and 60 000 people die of stroke. It is the largest cause of disability, and more than five per cent of NHS and social services resources are consumed by stroke patients. Correct management relies on rapid diagnosis and treatment, thorough investigation, and rehabilitation.

Patients should be assessed at hospital immediately after a stroke. They may need to go straight to hospital rather than wait to see their general practitioner since hyperacute treatments such as thrombolysis must be administered within as little as three hours after stroke. Ambulance crews can be trained to apply simple screening questions to identify likely stroke patients.

Stroke is a clinical diagnosis, but brain imaging is required to distinguish ischaemia from primary intracerebral haemorrhage. The pattern of neurological signs, including evidence of motor, sensory, or cortical dysfunction and hemianopia, can be used to diagnose certain clinical subtypes and thus to predict prognosis. Other signs also relate to outcome and may help identify the cause. If neurological symptoms resolve in less than 24 hours, the traditional diagnostic label is "transient ischaemic attack" rather than stroke. However, not all transient ischaemic attacks are genuinely ischaemic, and many are associated with permanent cerebral damage: a better term therefore is "mini-stroke."

• More than one transient ischaemic attack within a week

• At request of general practitioner Refer to cerebrovascular clinic

Symptoms and signs of stroke

Characteristics of subtypes of stroke

For practical purposes, there are two types of stroke after subarachnoid haemorrhage has been excluded. Ischaemia accounts for 85% of presentations and primary haemorrhage for 15%. Haemorrhage causes direct neuronal injury, and the pressure effect causes adjacent ischaemia. Primary ischaemia results from atherothrombotic occlusion or an embolism. The usual sources of embolism are the left atrium in patients with atrial fibrillation or the left ventricle in patients with myocardial infarction or heart failure.

Vessel occlusion arises from atherosclerosis, typically in the internal carotid artery just above the carotid bifurcation or from small vessel disease deep within the brain. Ischaemia causes direct injury from lack of oxygenation and nutritional support and sets up a cascade of neurochemical events that lead to spreading damage. The ischaemia may be reversible if reperfusion is obtained quickly (now proved in clinical trials), and the chemical injury may be interrupted by various neuroprotective drugs (unproved in humans). 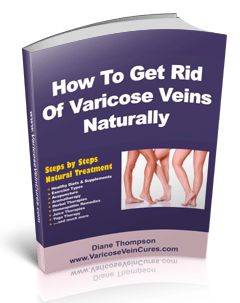 How to Prevent Stroke, Exercises For Stroke Patients, Recovering after stroke